How Much Does Uber Pay For Accidents?

Ridesharing companies, such companies Uber and Lyft, have changed the way we go around cities. Uber makes moving around more convenient, which is why millions of people use the app to arrange for a car to take them to their destination. Thankfully, most Uber passengers arrive at their destination without a problem. However, Uber drivers have also caused many auto accidents, and many Uber passengers sustain injuries when their Uber hits another vehicle. You may be wondering 'How much does Uber pay for Accidents?'

How Much is the Average Uber Accident Settlement?

Luckily, most car accidents cause no injury, or an injury with slight pain, which goes away quickly. Either of these cases isn’t worth much.

However, if you’re severely injured in an Uber accident, your claim could easily be worth more than Uber’s insurance limit. This is the case, especially if an Uber is available or is waiting for a ride request. Here, the personal injury liability limit is $50,000 per person. If the Uber driver was at fault and the injured person had surgery for their injuries, the injury claim is always worth over $50,000.

Since Uber keeps settlements confidential, you should hire an attorney who can value your claim accurately.

However, a lower speed limit increases the settlement amount of the pedestrian’s case. That’s because the pedestrian has a valid argument that the car should’ve stopped in time.

Does an Uber Passenger Have a Better Case than an Uber Driver Who is Hurt?

Mostly, an Uber passenger has a better case than an Uber driver who is hurt because passengers are rarely at fault.

However, if the Uber driver committed a moving violation that caused the Uber accident, then he/she is at least partially to blame. This reduces the settlement amount of an Uber driver’s case.

Examples of moving violations include failure to yield the right of way, causing a left turn accident, careless driving, and speeding. Alternatively, there are many instances where an Uber driver won’t be at fault. If the Uber driver isn’t to blame for the accident, he/she may recover compensation for 100% of his/her damages. 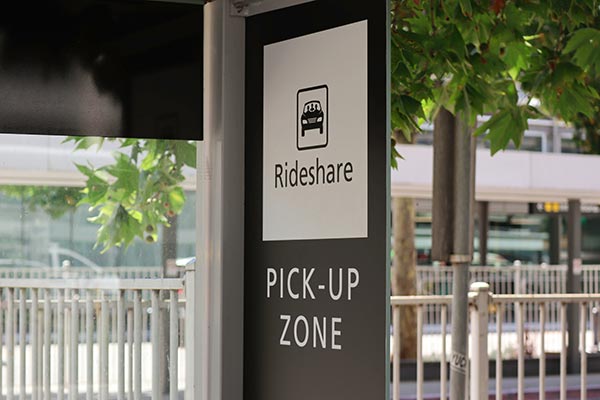 Should I Take Photos of the Damage to Any Cars Involved in the Uber Accident?

Yes, take pictures and videos of the damage to all vehicles involved in the auto accident. If there was video surveillance that captured the crash, you or your Chicago car accident lawyer should send a written request to whoever maintains the video. Be sure to get a written receipt to show the request was received by the owner of the surveillance video.

For example, you could send a process server to hand-deliver the request to preserve the surveillance video. A process server costs $50, however, if you hire an Uber accident attorney, they may pay for this. If you recover compensation for your Uber accident claim, the attorney will deduct this cost after they take their contingency fee.

For instance, if your vehicle was badly damaged in an Uber rear-end collision, it’s great to take photos to capture the damage. Also, take pictures of the at-fault driver’s car damage. However, don’t panic if you didn’t. Having pictures showing how your car was damaged is a good start.

What Factors Determine Who Pays for an Uber passenger’s Medical Bills Following an Uber Accident?

If you sustain injuries after an auto accident, or if the accident causes property damage, in most cases it’s the at-fault party and their insurance company that reimburses the victim’s medical expenses. However, if the at-fault party is the Uber driver, you may wonder if Uber will pay.

Whether Uber pays for your medical expenses following an Uber accident where you were the passenger depends on two major factors:

$1 million seems like a lot of money, it can easily cover your medical costs, especially if your injuries are minor. However, $1 million becomes smaller if you suffer severe injuries. The question here becomes: what if compensatory damages exceed $1 million? Uber believes passengers can’t claim more than $1 million because its drivers are independent contractors.

Uber isn’t responsible for their actions, even if the Uber driver was driving under the influence of alcohol, and thus, caused an auto accident that led to personal injuries exceeding $1 million. However, if Uber drivers were employees, then you could recover more from Uber. Until then, you and your Chicago Uber accident attorney must provide a solid argument if you require more than $1 million in compensation.

What Damages Can I Recover in an Uber Car Accident?

According to Illinois law, the damages you may recover for a car accident include compensation for:

It’s crucial to note that the law requires Uber to possess $1 million in auto insurance coverage for personal injuries to passengers caused by their drivers, or by other drivers' faults who don’t have insurance coverage or are underinsured. However, this doesn’t mean you'll receive the maximum compensation allowed under the law, even though you negotiate directly with Uber’s insurance company. Every insurance company aims to limit or delay claims. Only by working with an experienced Uber car accident lawyer will you get the compensation you deserve. Our competent Chicago car accident attorneys mostly recover compensation for our clients that’s significantly greater than the amount originally offered by the insurance adjuster.

In the Chicago area, Illinois, and throughout the United States, auto accident victims have rights. This means if you have sustained injuries in an Uber car accident, you may file a personal injury claim or lawsuit for property damage and bodily injuries. Also, you have a right to hire a legal professional to represent you before big companies, such as Uber and insurance companies. To uphold your rights and get justice, seek experienced legal counsel. At CCAL, a Chicago personal injury lawyer is ready to help you get the compensation you deserve in your Uber accident case.

Contact us today at (312) 300-2515, or chat with us online to schedule a free initial consultation. We will answer all your questions concisely to help you make an informed decision about your next course of action. Don’t wait! Contact us today!

Unless We Win Your Case!
We Fight for your rights!
100% Free Consultation
Home
Free
Case
Review
Live Chat
Menu

Let's Start with your Free Consultation

Don't Pay Until We Win!

Zero upfront fees / We Come to you
Close